I would argue that there’s nothing more frustrating as a teacher than having the perfect lesson or activity ready to go, only to find out that there are students absent or that they did not bring the work that they needed to proceed. After switching to a student-centered model and then having these roadblocks hit me in the face, I knew I needed a system for late work and absences that would make this a non-issue or at the very least, soften the blow.

Make sure what’s missing is important

There is nothing more frustrating to the students to know that the work they are completing is nothing more than busy work. While, yes, sometimes we need filler activities for a plethora of reasons, we should really be ensuring that the assignments we are having our students complete both inside and outside of the classroom are meaningful and engaging (and guess what…this doesn’t have to be more work for you!).

If a student’s work is late, I want there to be a mutual understanding that there should be a good reason for it (I always emphasized to my students that I fully understand that they have lives outside of the 4 walls of my classroom). I never wanted to give my students the impression that I am upset with them for being late or missing an assignment. The late work should be thought of as an extension of what they needed to do or a step towards the final piece, not just busywork.

When the proper systems are in place, and students understand the relevance of the work they’re doing in class (as well as understand why the due dates exist as they do), they get that missing work will disrupt the flow of the classroom. It’s not a matter of compliance in their completion, but taking a step towards the end goal of that topic of study.

A plan for late assignments

I stopped taking off points for late work once I had these systems in place because, frankly, the only time work was missing is if a student struggled with it (which, by nature of how I implemented my curriculum, I was able to recognize and deal with in a quick manner before it became an issue) or if there was an extenuating circumstance. Did work still roll in late? Yes, but I had a plan.

…and yes, a student would still receive a zero if something was never turned in. You can’t grade what you don’t have!

In 2006, Harry and Rosemary Wong wrote an article on Teachers.Net that explained the concept of a “Pink Slip”. When a student did not complete an assignment as required, they had to fill out a pink slip, putting not only ownership on them for the lack of completion, but also began to develop a plan to complete regardless.

The completion regardless is the key point here. First, while most students found themselves squirming a bit when they had to take ownership of why their assignment was incomplete (if it wasn’t a good reason, of course), they learned quickly that they still needed to finish it (again, because it was a stepping stone to the next part of the topic, not busy work).

Plus, how I arranged this really cramped their style. I had a sign-up sheet that had various times before, during, and after school that they needed to sign up to come to finish the assignment in my presence. This did one of two things: 1. It made them even more accountable for the discretion and 2. It allowed me to see further if the incomplete issue was due to the student struggling that I may have missed otherwise.

Trust me: once or twice going through this process was all it would take for most repeat offenders to change their way of doing things!

Use technology to your advantage

Technology in the classroom is no longer something that we can ignore. With so many ways to connect with our students outside of the four walls in which they sit, it just makes teaching a little easier. When late work starts rolling in, we have a few options at our fingertips for communicating with late parents/guardians.

What’s late is late, but nothing that is late should be destroyed or recycled because it still has value and can demonstrate to students how they need to improve their processes in completing assignments in the future (and, again, is vital to the roadmap of the curriculum). In those late situations where it seemed like a missing assignment was not appearing to be a one-off incident, I would send out a late-night email to parents/guardians explaining the situation and getting their word on how they’d like me to handle it.

Having the pink slips was also helpful as it showed the student intent and together, we could theoretically create a plan moving forward to prevent this from becoming a long-term issue.

If late work was not an issue, then students were able to keep their late assignments to better reflect what they learned late. It doesn’t matter if the work is late or early; it’s about ownership and following through on expectations!

The end result? An awesome boost in student engagement!

I can say without a doubt that, while late work was still an issue that I had to deal with, it happened much less frequently once all of these systems were in place. The students who struggled with late assignments became skilled at recognizing the common mistakes they were making and then we worked as a team to create a plan moving forward (or, conversely, as any good teacher would do, I would hold them accountable for late work to ensure they knew what was expected and how it could be done better).

Absent students can be a bit more tricky, depending on what caused the absence in the first place. There is a variety of reasons a student can be absent, ranging from short-term to long-term, and making up the work can be more challenging in some situations than others.

The key, no matter what the scenario is, is to make sure it is easy for the student to access what they missed. I did this in 3 different ways:

I also kept a real-time, virtual due date calendar that the students could access at any time. This was updated as activities were assigned, so if a student was absent, they could see what was added, changed, etc. This calendar was readily accessible on my website, my teacher Twitter, my email signature, and in Google Classroom. I also set up QR codes for it so a quick scan would take you right there.

Snags and Delays with Late Work and Absences

There will be students that you need to remind where to find all of this and what the procedures are. There will be the “one-off” student that never dealt with a missing assignment or being absent before and isn’t fresh on how things work. I found that having “how-to” posters up made it easy to refer to, but a quick acknowledgment to the student about what they needed to do if it didn’t appear that they were doing it was usually enough.

Again, the more organized and relevant you make it, the easier it will be for the kids to keep up and stay engaged with the protocols and procedures you lay out for them. It’s not foolproof, but it adds more ownership on the student, less stress on your plate, and once it’s in play, it’s (mostly) smooth sailing.

Once these late items are dealt with regularly, you won’t need the late work reminder as much (if ever), which is great. Same with catching students up after an absence. It makes life easier for you, helps out in keeping students on track with their classes, and shows them that yes, even teachers have a late work policy and are willing to understand that life does, indeed, happen.

So, late work, absences – yeah, it can be a pain, and yeah, I understand that late work is sometimes outside of your control. But when you do have the ability to handle late work and student absences, don’t forget about it! It’s an important part of being a teacher – our jobs are constantly changing. Set up routines around it (or improve upon them), and it’ll be that much easier on you.

Handing Late Work and Absences with the 4 Keys

Determining a system for late work and absences that works in your classroom isn’t difficult, it just needs to ebb and flow with the students and where they are (physically, mentally, and emotionally). Being flexible is the key to making all of this work. The key is engagement. There are four keys to student engagement that I discuss in my video training challenge called “Finding Your Student Engagement Formula” and it walks you through those four keys and how to implement them in the classroom.

If you are interested in registering (it’s totally free), visit the Finding Your Student Engagement Formula Challenge registration page and you will be notified the next time the series is available. 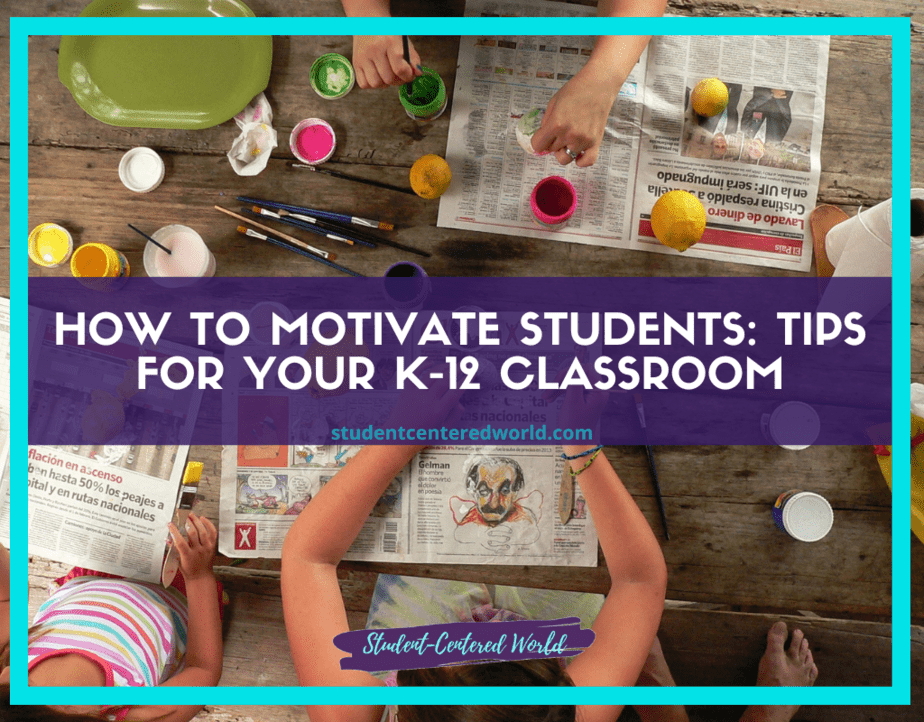 How to Motivate Students: Tips for Your K-12 Classroom 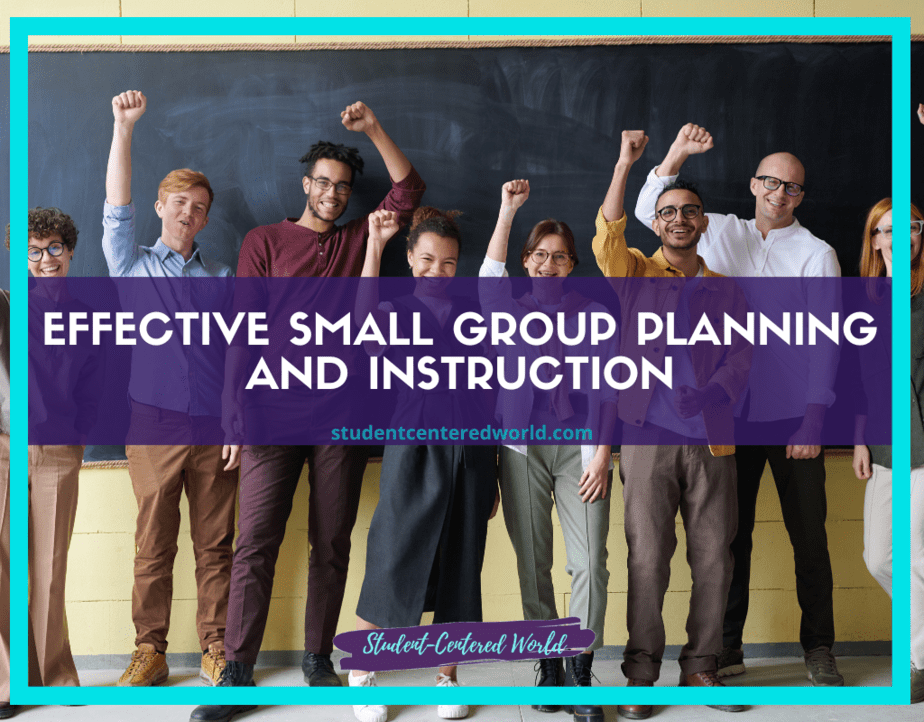 Effective Small Group Planning and Instruction for the K-12 Classroom 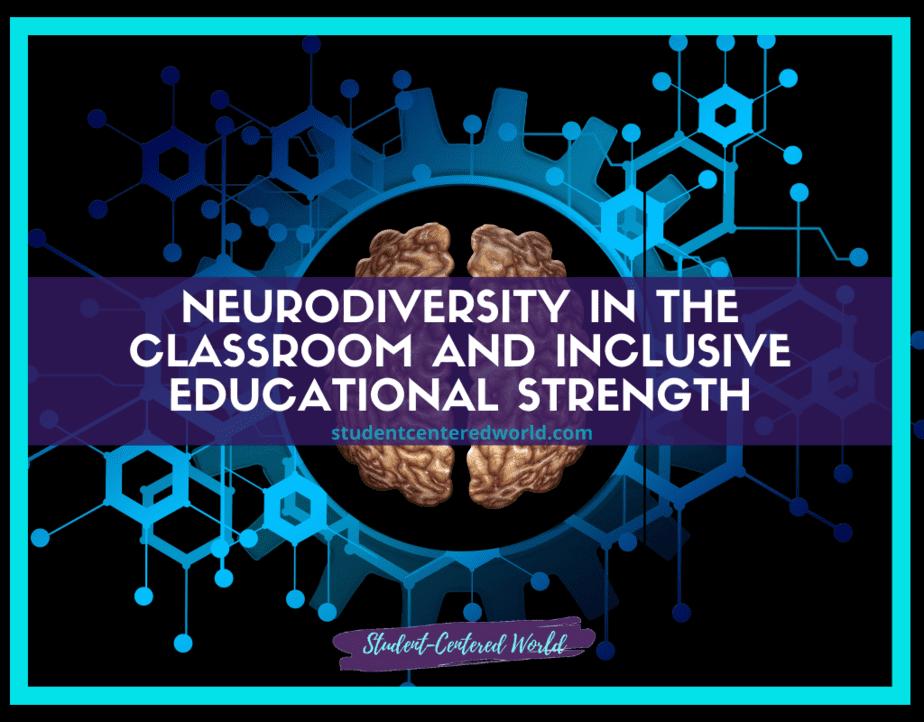 Neurodiversity in the Classroom and Inclusive Educational Strength 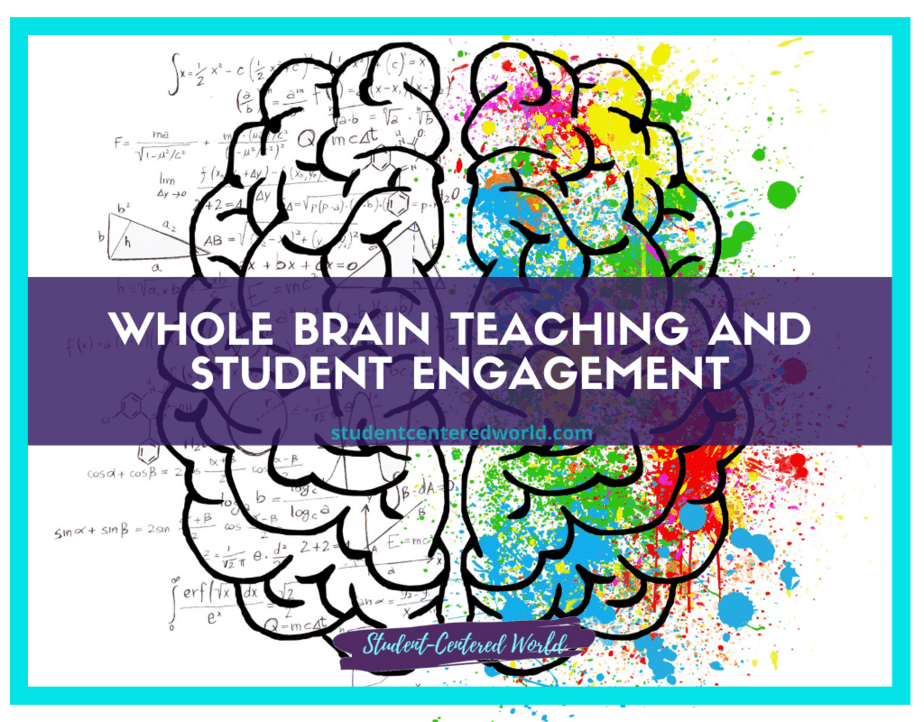 Nothing is perfect the first time you try it....bu

Summertime is when teachers start thinking about b

Once you hook your students, they will literally t

Remember, you are no longer the "Sage on the Stage

If you’re surrounded with colleagues who are con